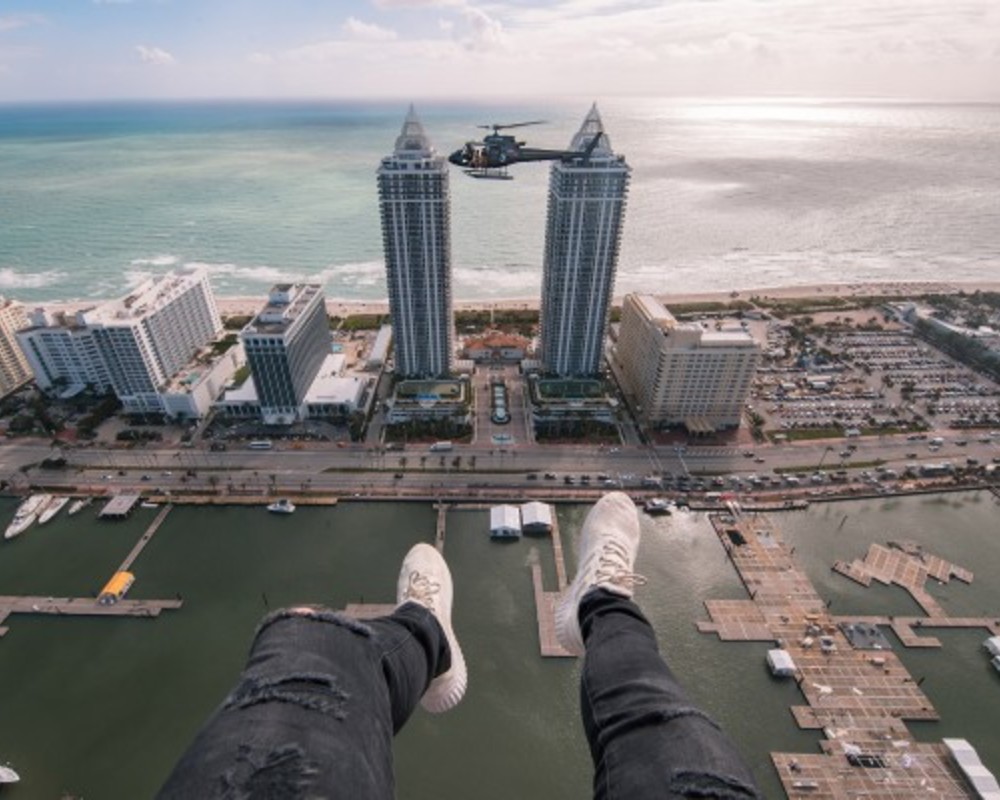 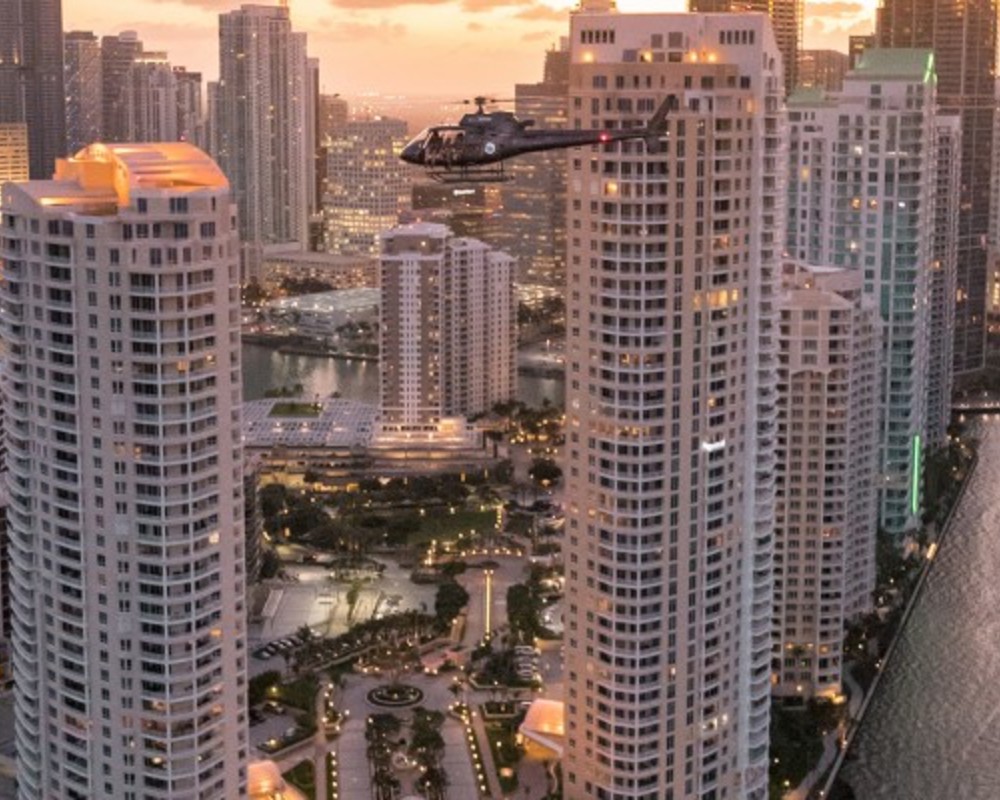 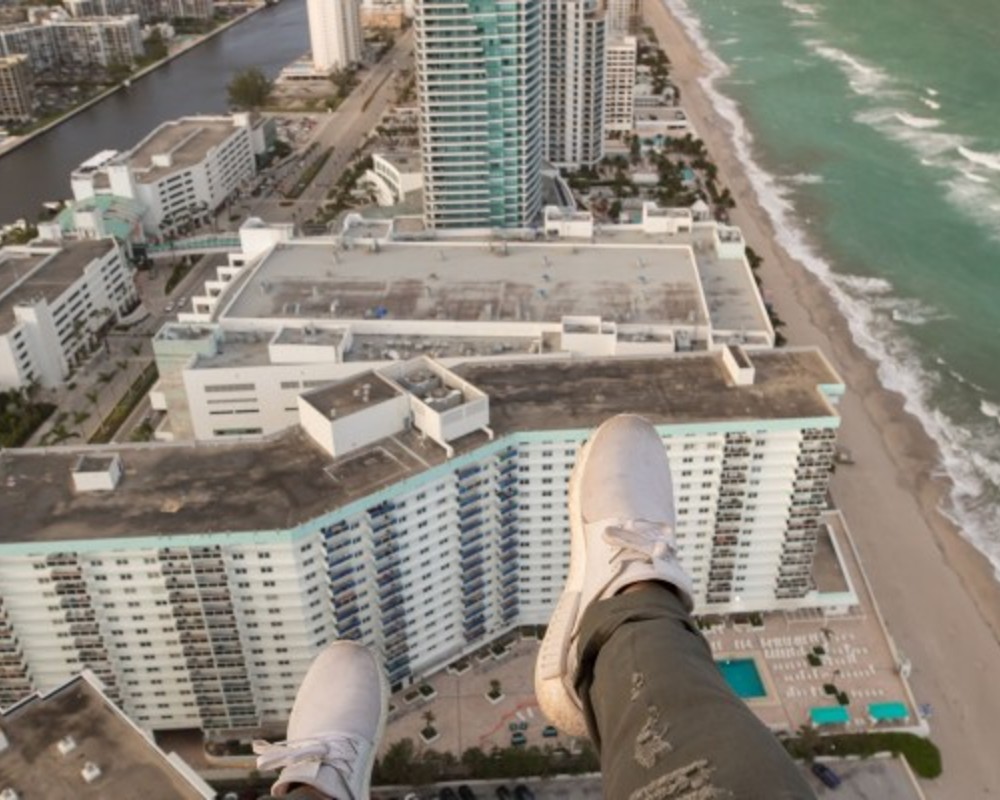 Experience one of The United States’ most beautiful beach-side cities, Miami, like never before with this ‘doors-off’ helicopter trip. Offering incredible panoramic views across the world-famous city and Atlantic Ocean, this 18-minute flight is perfect for photo and video enthusiasts as well as thrill-seekers alike.

Feel the warm ocean air on your face as we ascend high above Miami-Opa Locka Executive Airport in a state-of-the-art helicopter. Having no doors means that you will be strapped-in but also with unrestricted access to shoot as many photos and as much video footage as you like.

As soon as we elevate you will be able to see far across the blue Atlantic Ocean and South Pointe Park, which is the southernmost point of South Beach. From this point, you will also have panoramic views of Fisher Island, Biscayne Bay, and Downtown Miami.

There is also the Venetian Pool, a historic, public swimming pool, built in 1923 and is listed in the National Register of Historic Places. From the air, this pool has amazing features that you won’t find elsewhere, such as, Spanish porticos, caves, waterfalls, and fountains.

As we fly towards Bal Harbour, a harbor situated at the northern tip of the Miami Beach, you will be able to get a good look at the deep blue ocean below. There is also Hollywood Beach Boardwalk nearby which is famous for its clean beaches, restaurants and cosmopolitan vibes. On hot days it is literally swarming with people, but luckily for you they will be mere ants from your vantage point high-up in the heavens.

After Bal Habour and Hollywood Beach, we head over to Bill Baggs State Park, which has over a mile of natural Atlantic beachfront and often wins awards as one of the best beaches in the US. With eight fishing platforms and the oldest lighthouse in the south (built in 1825), it is no surprise that this beach is so prized by locals and tourists alike.

We also fly past the Vizcaya Museum and Gardens, which is another stunning location. Located near to Biscayne Bay, it is not uncommon to see young couples getting married here in its sub-tropical paradise.

As we swing around and begin to head back north, you will get a final glimpse of the Florida Keys archipelago islands and Key West off into the distance. With beautiful blue water as far as the eye can see and the warm ocean breeze on your face, you will now have some ever-lasting memories of one of the most-stunning locations in the US. An unforgettable experience that you will treasure for a lifetime.

All activities in Miami

40 people are watching this activity