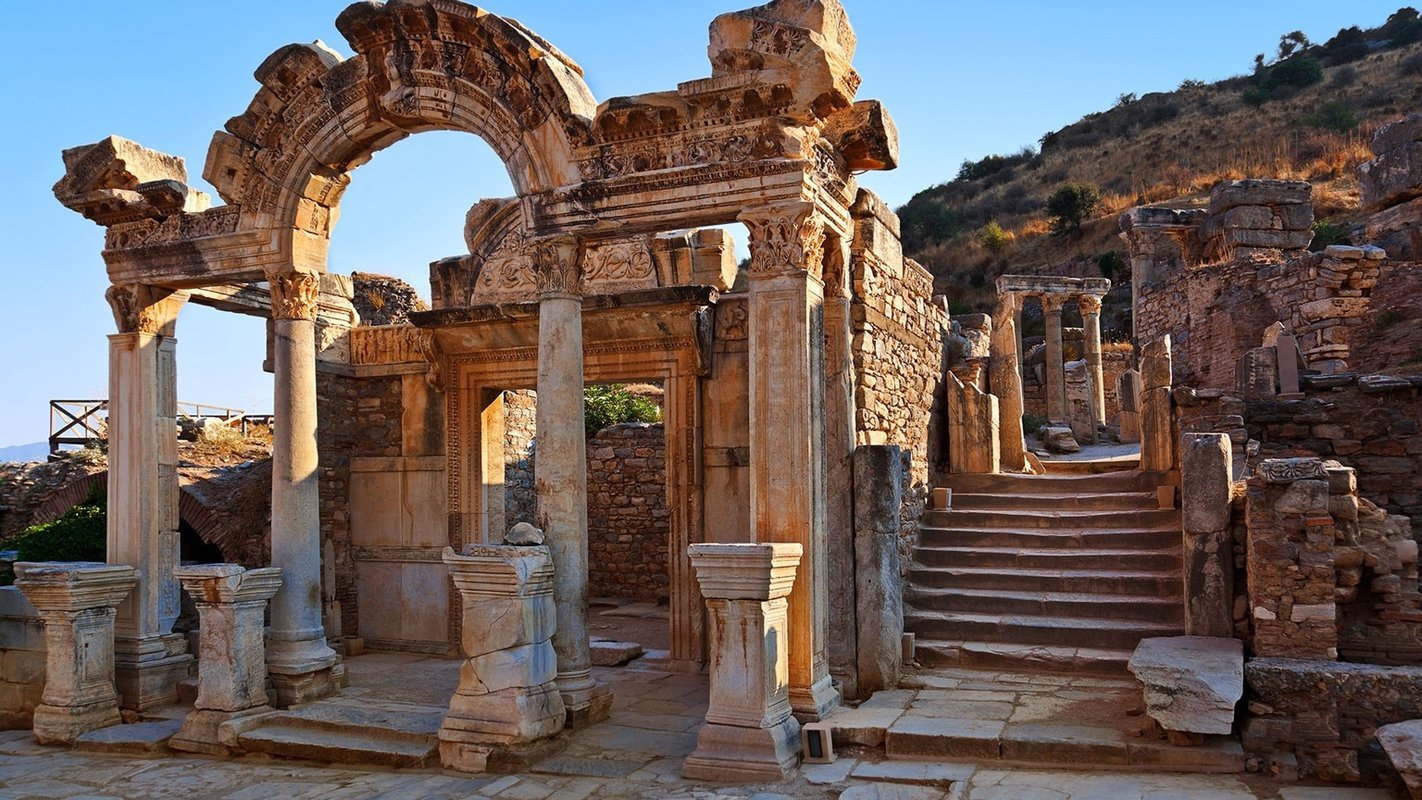 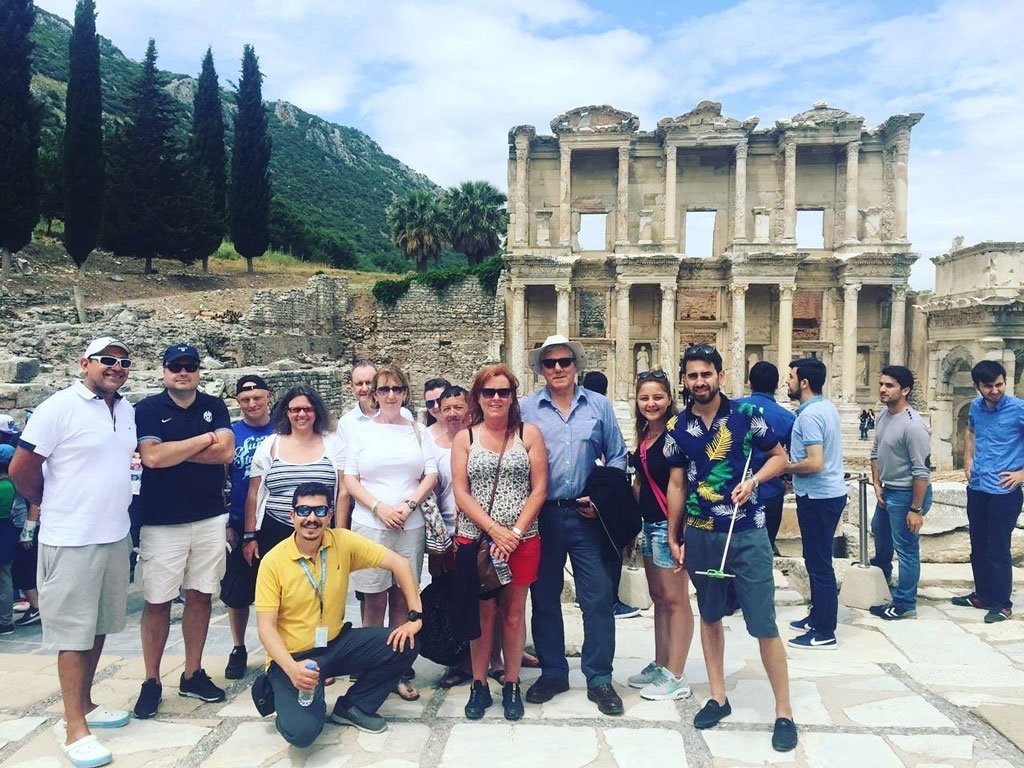 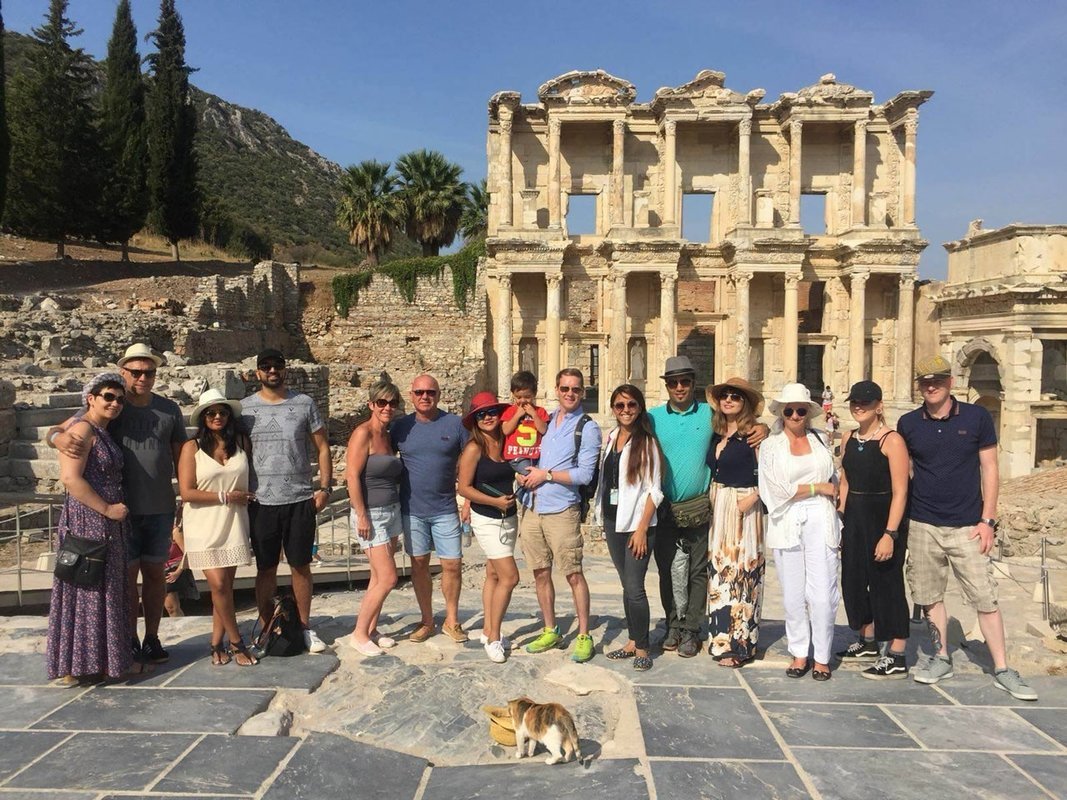 According your pick up time from your hotel meet with your guide depart for fullday tour. First visiting place is;

Ancient Ephesus:The best preseved classic city in Eastern Mediterranean. The largest Open-Air Museum in Turkey. Ephesus contains more then 30 buildings and structures linked together by stres that still have the Marks of Ancient Chariot wheels. Great Theatre; St Paul preached against the Pegans and Gladiators once engaded in battle.Originally holding 25,000 people, this theater was built in the Hellenistic period and was renovated by several Roman emperors. Library of Celsus; The faced which has been remarkably restored and probably most photographed place in Ephesus.Originally built in 115-25

Temple of Arthemis: Considered one of the seven wonders of the ancient world, Ephesus’ Temple of Artemis was dedicated to the goddess of the hunt. Only the foundation and one column remains of this temple which once measured 425 feet long, 220 feet long.Paul’s successful ministry in this city was considered a threat to this very temple.The city reached the "Golden Age" and became a good model to the Antic World in culture and art, as well.

Sirince Village:is located on top of a mountain.İt used to be an old Orthodox village called Çirkince.Here is famous for its olive oil,fruits wines,other naturel products and its charming restfull atmosphere.A dozen small restaurants with turkish appitizers and wine cater to day-trippers,hotel quests and local alike.During the exchange of populations between Greece and Turkey fallowing world war 1,Turks from Thessaloniki, Greecewere moved here (1924)

After tour drive you back to your hotel.

Clients must be ready at the departure point 15 minutes before the exact pickup time.

Hotel pick up may be before the departure time. Additional information will be provided on your confirmation voucher.

Provider cannot be held responsible for entry denied due to improper dressing.

You will be picked up and dropped off at your hotel in the center of Kusadasi, Port and Selcuk. Please let us know the name of your hotel during the booking process.

All activities in Kusadasi

5 people are watching this activity