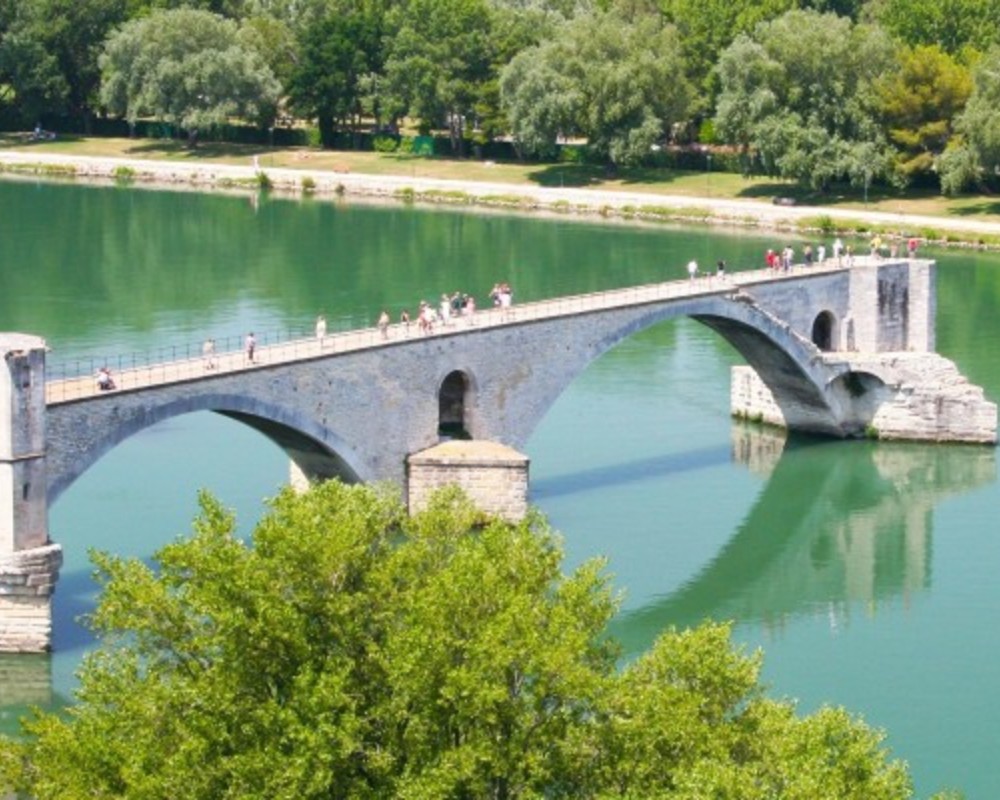 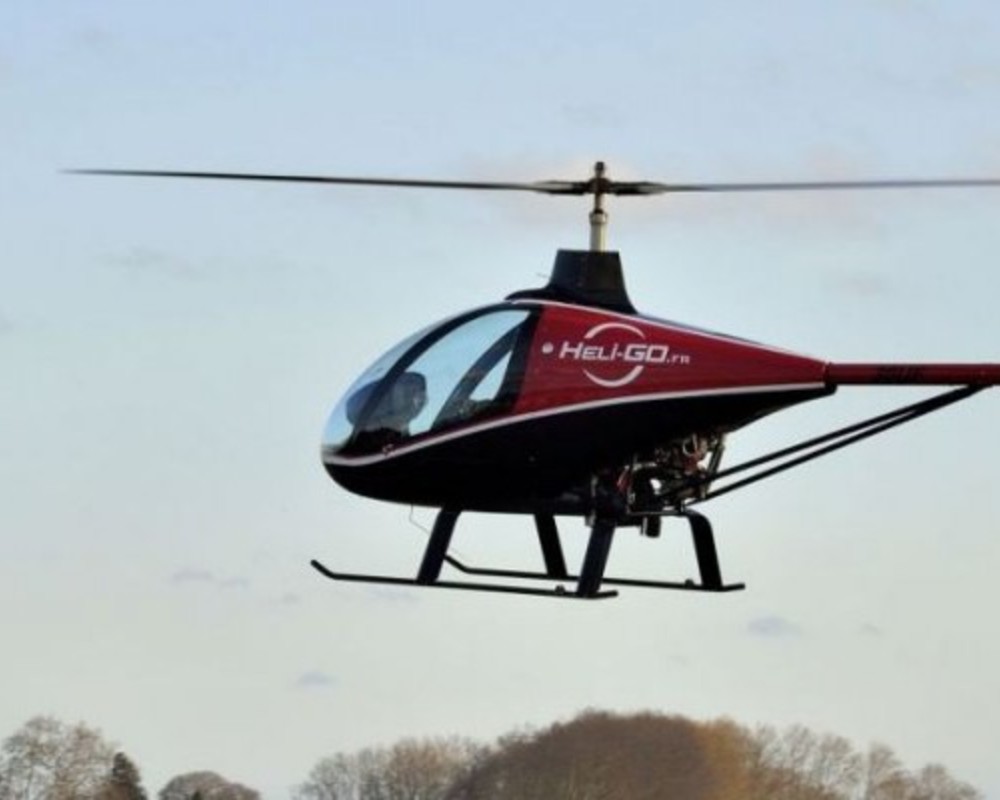 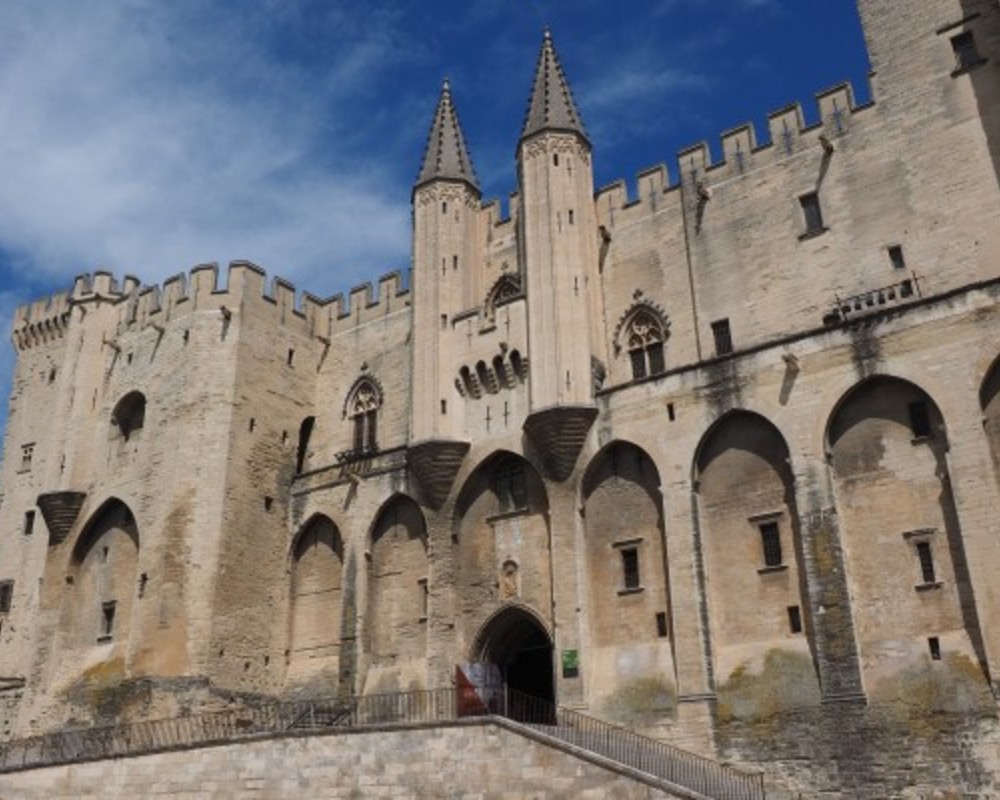 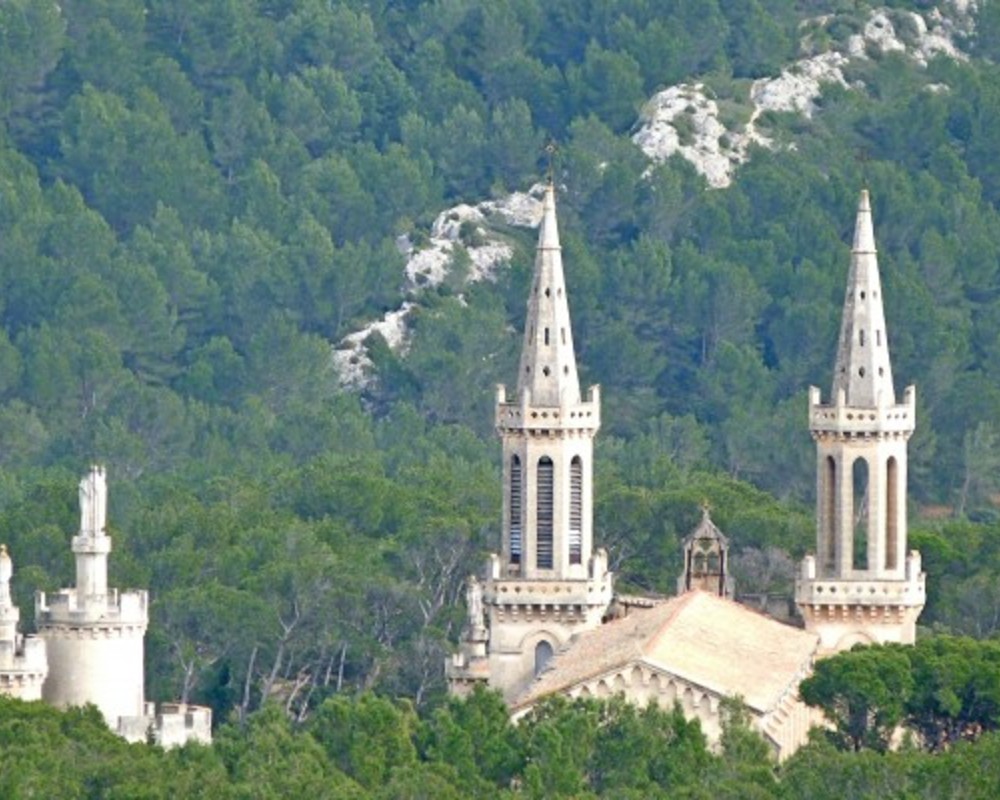 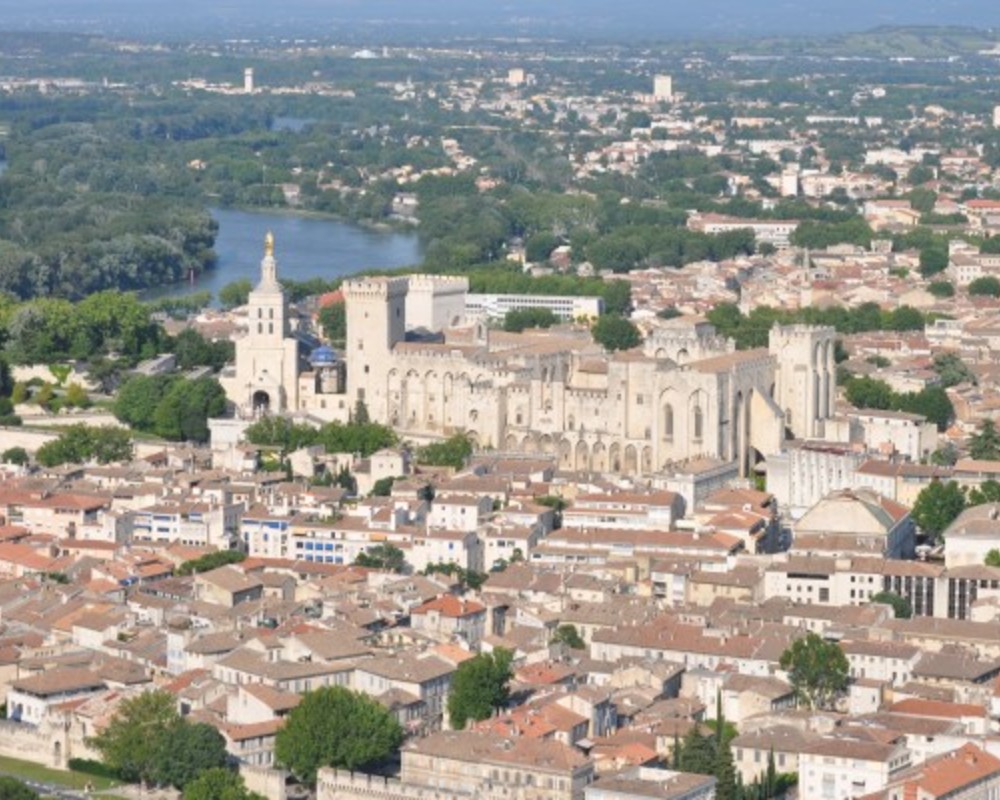 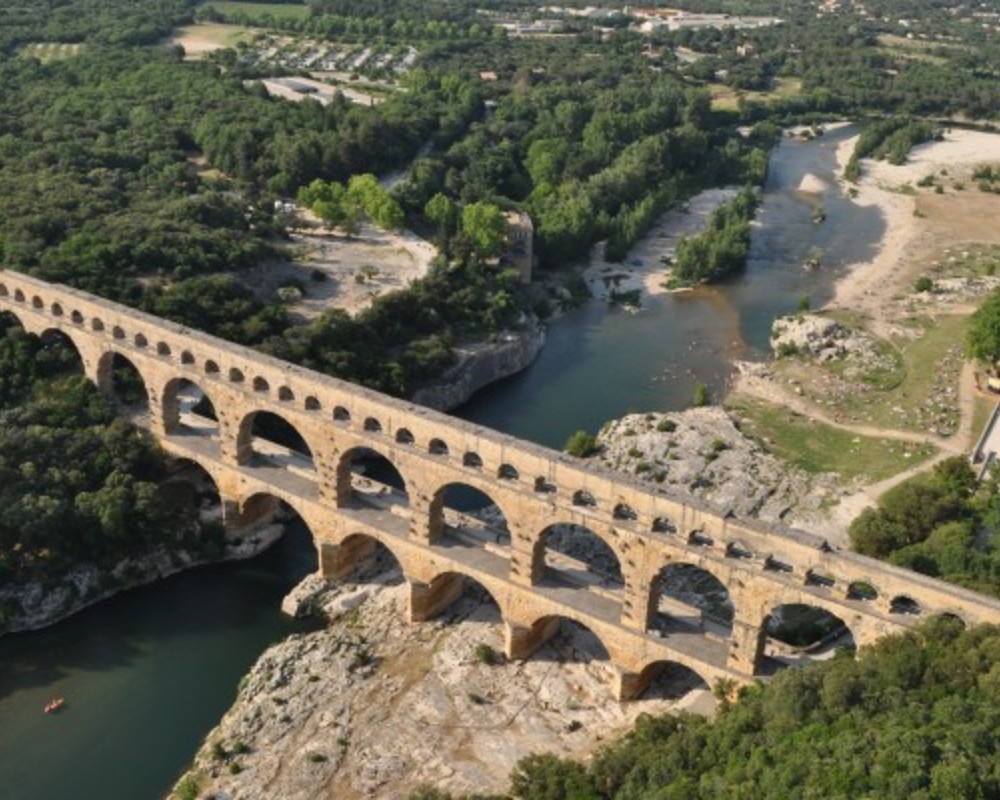 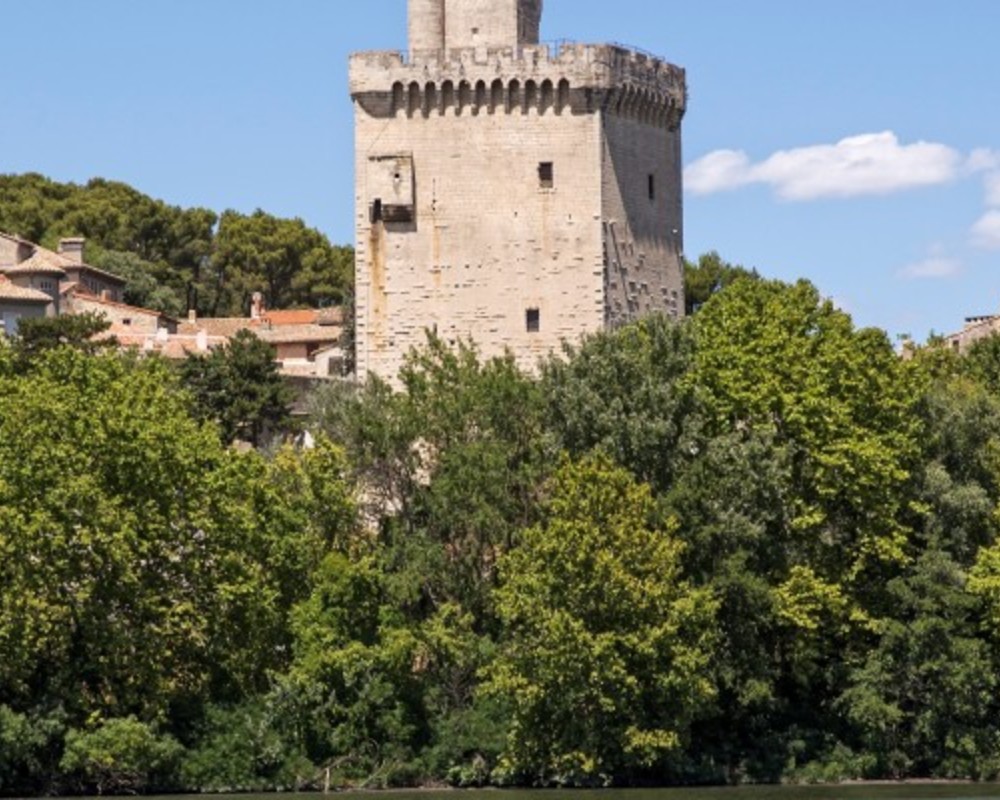 Good to know: You can only buy this activity for 1 person at a time. If you require more places, kindly place more orders.

Departing from the Nîmes-Courbessac airfield, you will first see The Saint Roman Abbey, a rustic cave monastery where hermits and Benedictine monks lived during the 5th century; a location which nicely sets the tone for the rest of the trip.

You will then fly towards the rolling green hills of The Saint Michel de Frigolet Abbey, a Premonstratensian monastery built during the 12th century. In the distance, the medieval towns of Beaucaire and Tarascon appear, adding a fairytale-like quality to the experience.

After this you will soon discover the medieval city of Avignon and its glorious limestone buildings. From the air, looking down at the bank of the Rhône river, it is also possible to see the ancient arches of the "Le Pont d'Avignon" jutting-out from beneath the water (also known as Pont Saint-Bénézet).

You will also see the "Le Palais des Papes" and "La Tour Philippe le Bel" which are both incredible medieval buildings to view from the air.

After Avignon, we will continue flying towards "Les Georges du Gardon", a wild and awesome canyon, which looks especially unique from up in the heavens.

Continuing on with our journey, we head towards the magnificently constructed aqueduct, the "Pont du Gard". This impressive feat of Roman engineering was built in the 1st century from limestone and allowed water to be transported over 50km. With its three levels and ancient construction, the Pont Du Gard is even more amazing once seen from the air. You will certainly want to save some photos for this particular location.

You will then begin to finish your journey by heading towards the ruins of the Rocquencourt Castle and an overview of automobile circuit of Ledenon. After this one-hour long flight, you will then return to the starting point at the Nîmes-Courbessac airfield.

With so much to see in all directions, remember to charge your camera batteries and bring an extra memory card with you. We know from first-hand experience that you will want to take more photos than you originally intended!

Also, don’t forget to bring some sunglasses too, as it can get quite bright when flying over the river on summer days. Remember to arrive 30 mins earlier than the flight time as there will be a briefing on helicopter safety from your pilot.

Take your camera, sunglasses and a bottle of water.

Aqua Trekking in Grand Canyon in the French Alps

Helicopter flight over the Country of Golden Stones

All activities in Avignon

28 people are watching this activity