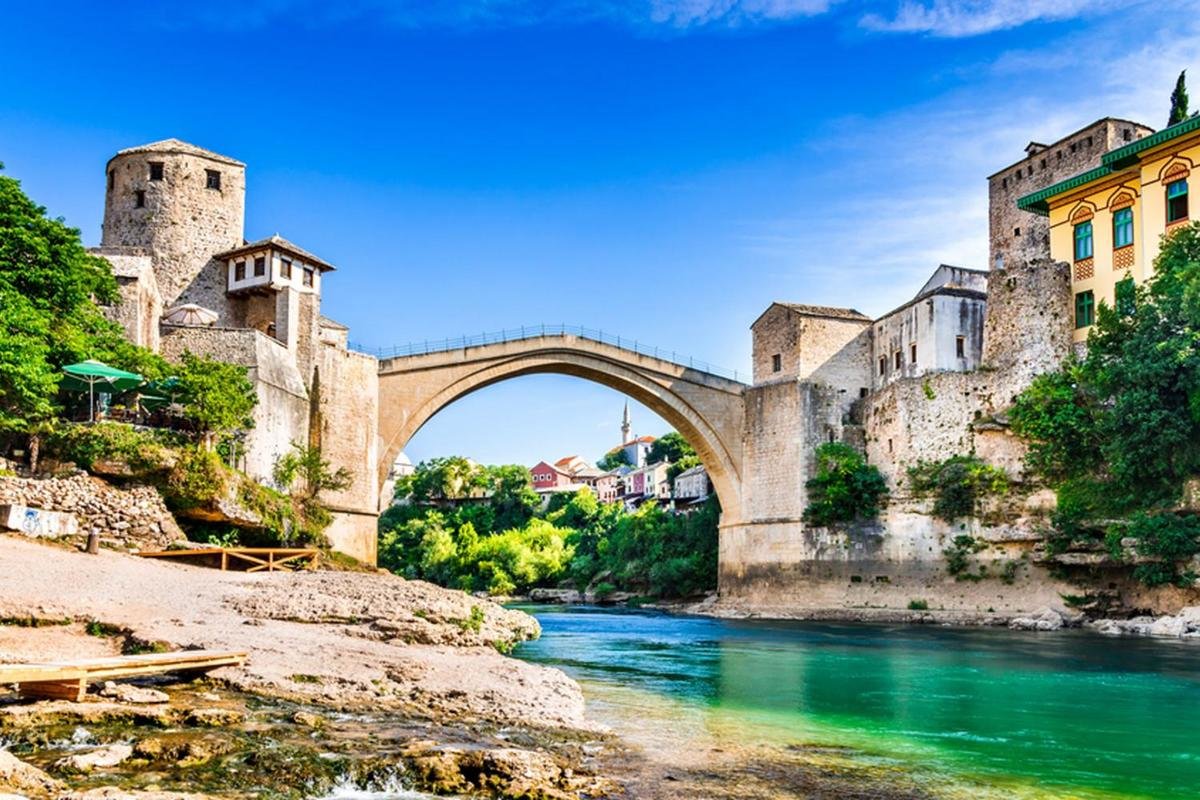 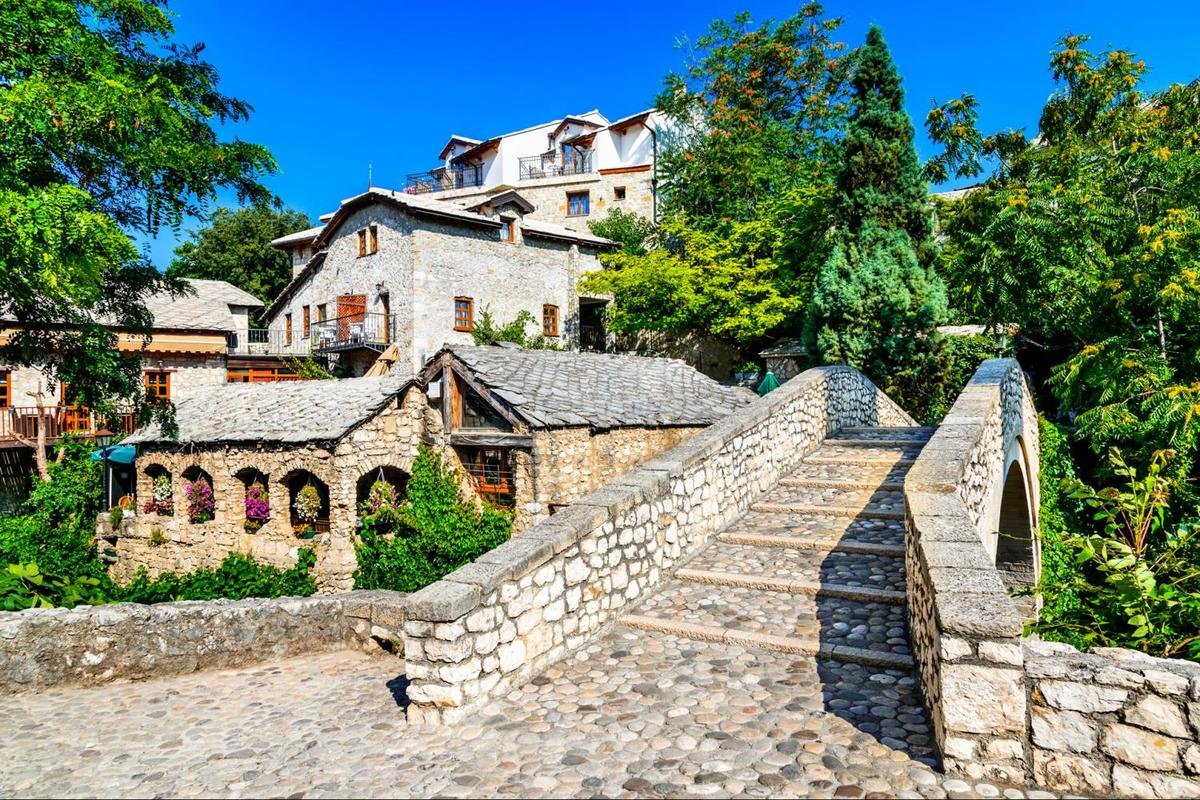 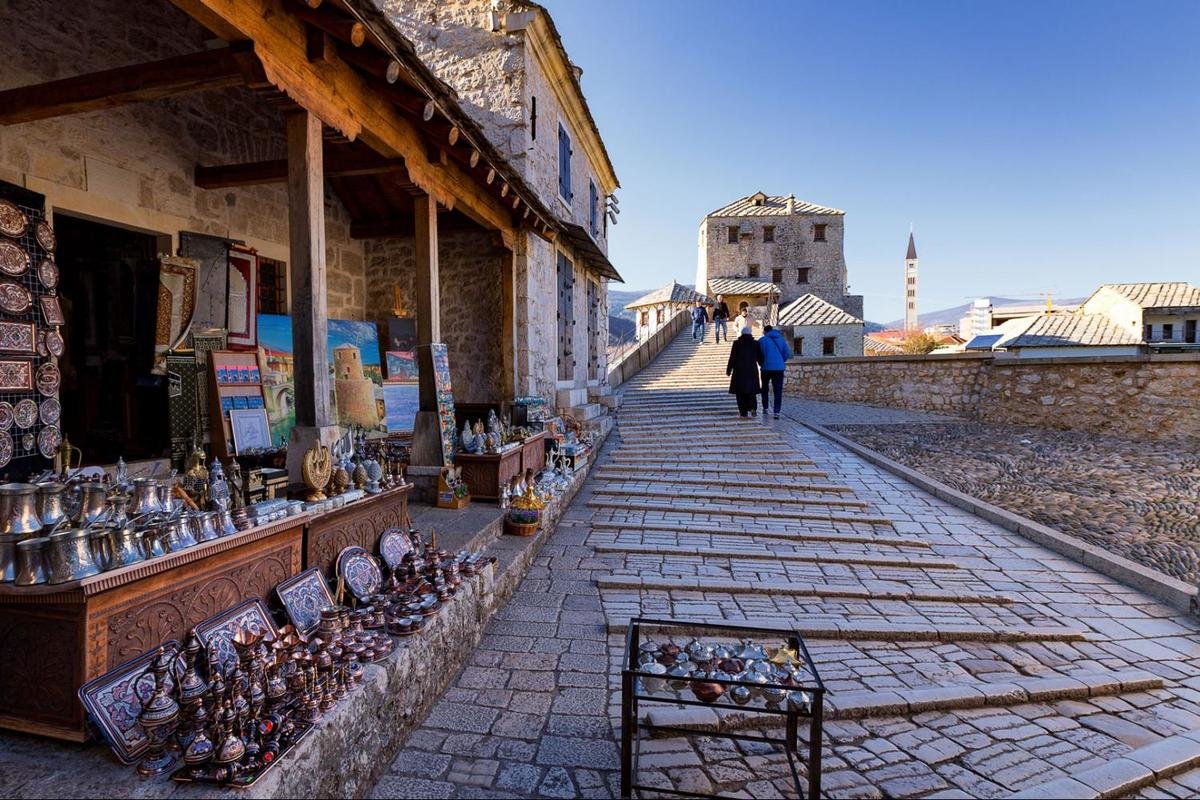 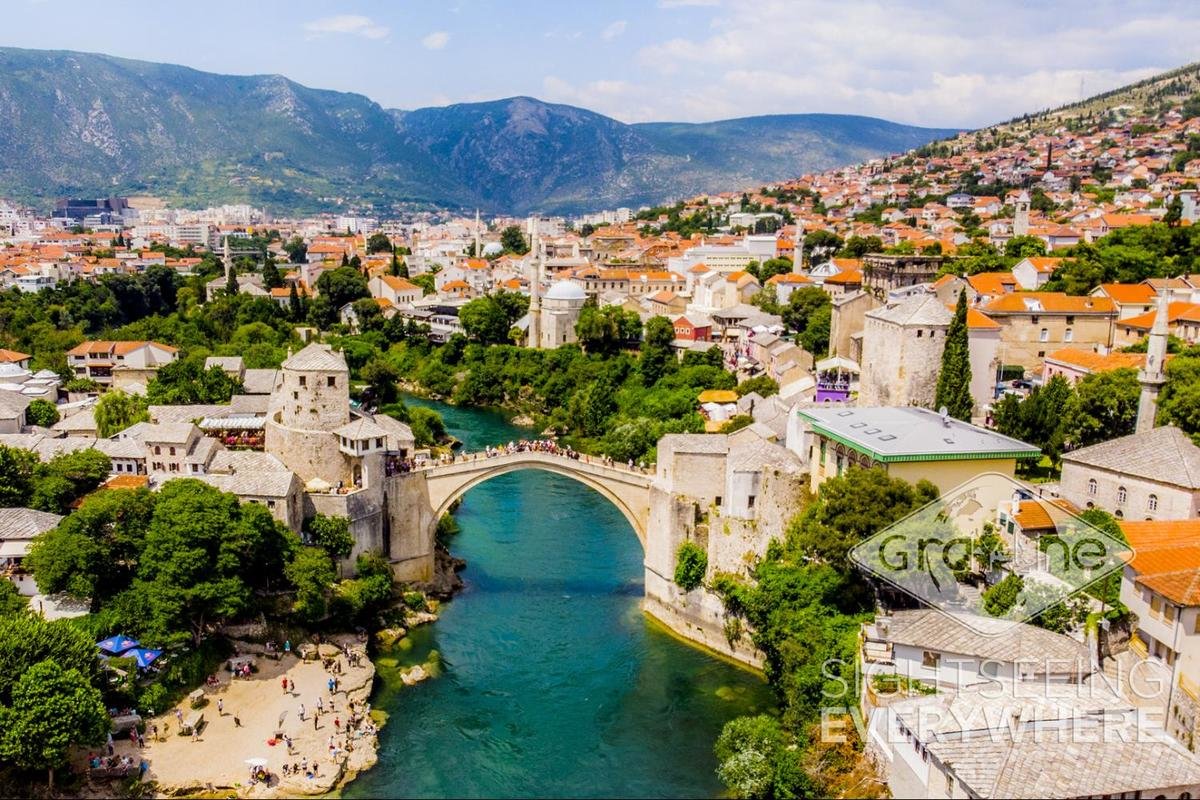 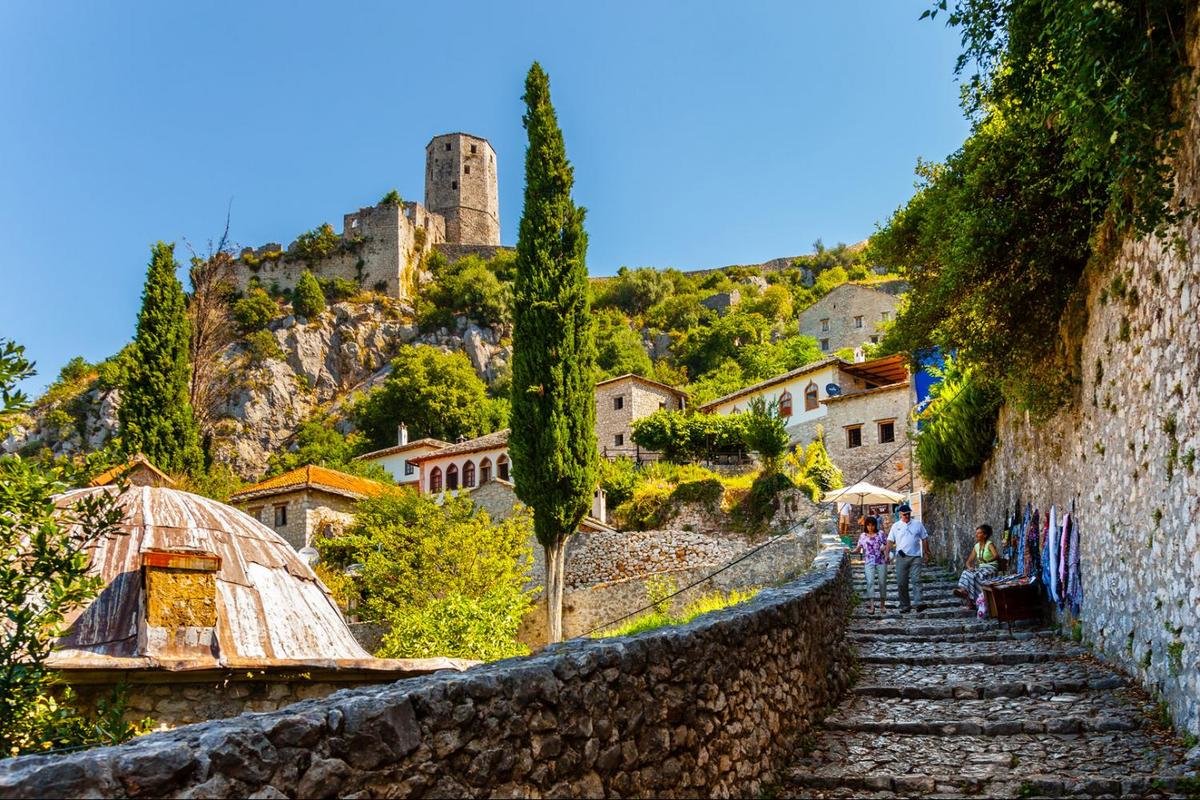 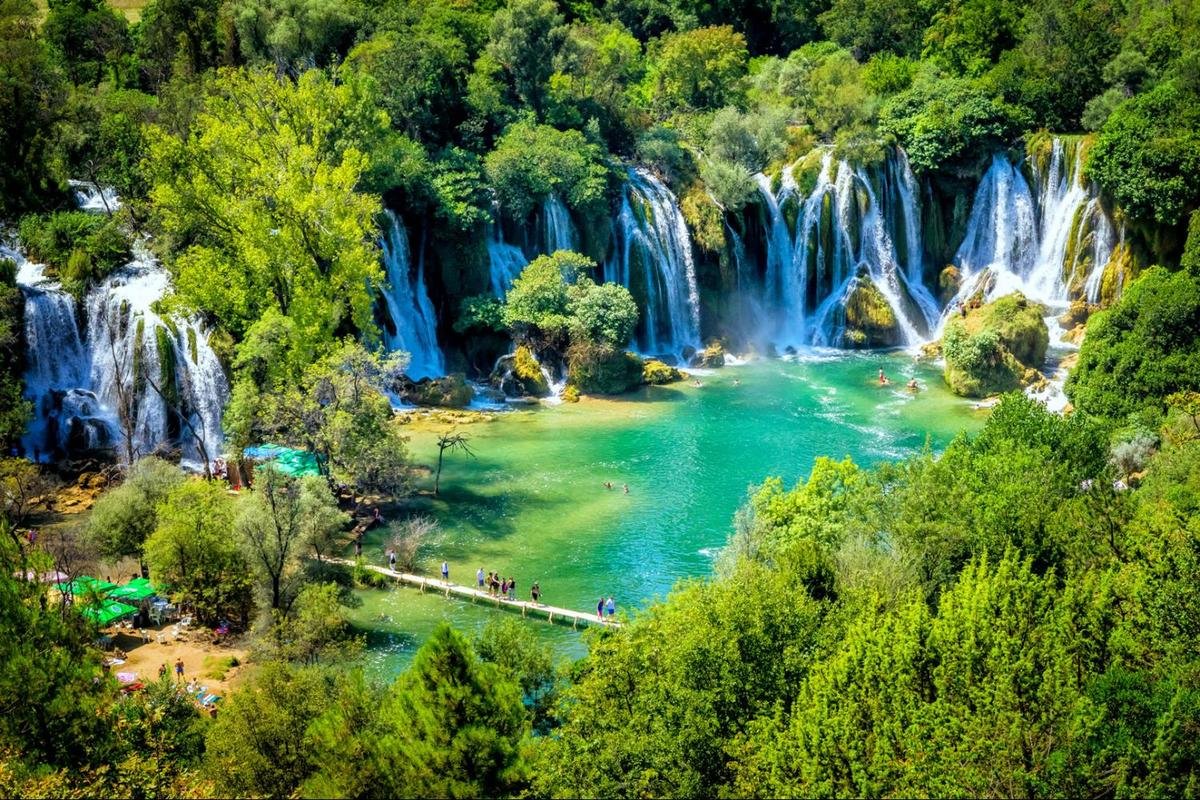 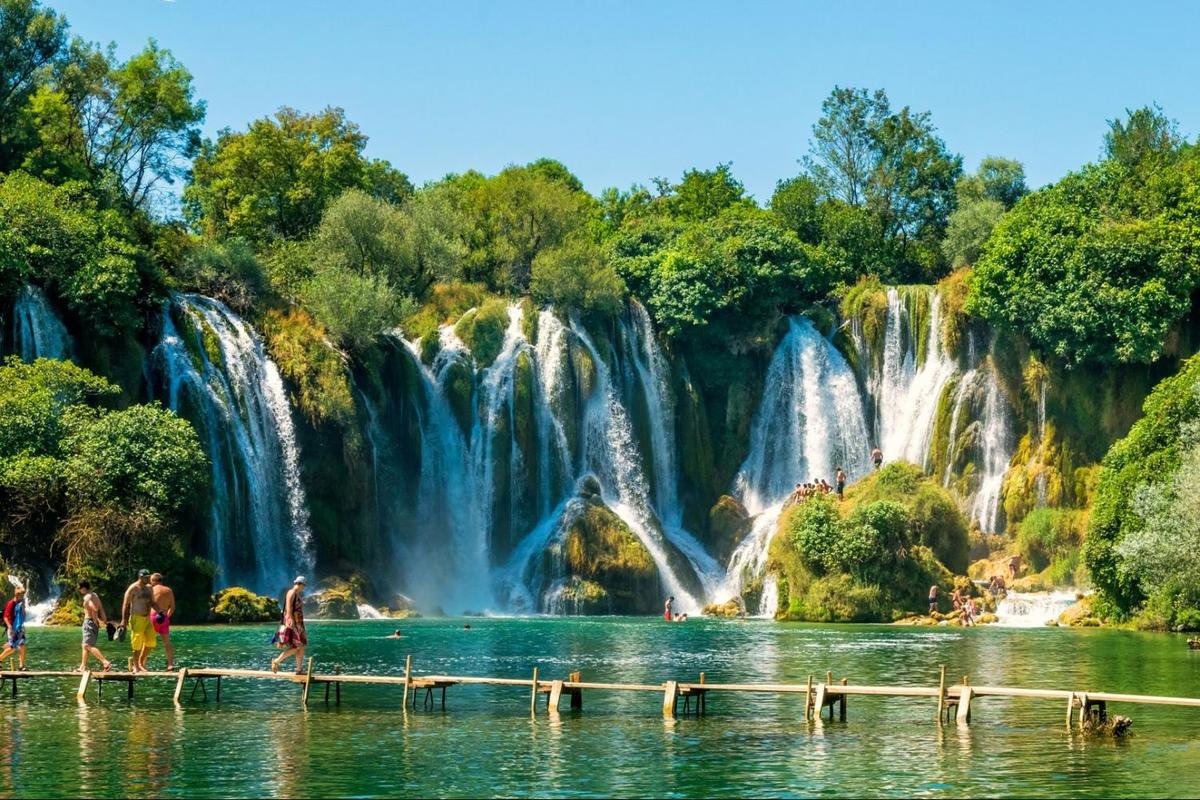 Mostar tour to Kravica waterfalls from Split or Trogir

Good to know: You can only buy this activity for 50 persons at a time. If you require more places, kindly place more orders.

Start your day early. Get picked up at your hotel or meet the group at the centrally located meeting point in Split or Trogir. A scenic route across the border takes you through some picturesque villages of the rural Bosnia and Herzegovina as you approach the fantastic little city – Počitelj. This small medieval town was built on a rocky cliff on the Neretva River and it gives a great overview of the Ottoman Empire and the effect of the eastern culture on small towns in this zone. Počitelj is a mixture of Oriental and Mediterranean construction styles that gives this town a special dimension. Počitelj is mentioned for the first time in writing in 1444 as the seat of the parish. The art colony which contains approximately 2 000 artworks, is continuously exhibited at the gallery.

The most impressive building is the Hadji-Alijina mosque dating back to the first half of the 16th century, which dominates the town. After short sightseeing, enjoy real Turkish coffee prepared by the original recipe.

Later on, enjoy a short ride to Mostar – a city from the past, the point of connection between the western world and the exotic eastern culture. Explore the city with a local guide and listen about all the hypnotizing historical anecdotes. You’ll find yourself bedazzled at the sight of the famous Stari Most (Old Bridge) – a majestic stone arch above the Neretva River, connecting two medieval towers, giving the city a widely recognizable visual identity. Here you can testify at one of a kind spectacle performed specially for the visitors of the city – young locals showing off in their daredevil stunts; throwing themselves off the twenty meters high Old Bridge into the icy water of the Neretva River. Mind you, not anyone can perform these acrobatic tricks! There’s a special crash course that you would need to pay and attend before anyone lets you jump into the river from that height. So just relax and enjoy while professionals do it the best way they can!

Cross over the bridge to check out the Ottoman quarter which has been attractively restored after the war in the nineties. Check out the old Bazar, the Mosque and then, after the walking tour, enjoy exploring the city on your own. This city will inspire you with its oriental structured streets and buildings, friendly people, good tasty food and a very distinctive coffee culture that might remind you of Turkey. So make the most of your free time here in Mostar to sit back and relax on one of the terraces, try out traditional food or explore the immense line of souvenir shops to bring back home some unique oriental-looking-like souvenirs.

The ride back to Split leads you through the rocky landscapes of Herzegovina all the way to the amazing natural wonder known as Kravica Waterfall where you can enjoy the amazing landscapes, and perhaps even jump into the refreshing waters of the river to cool down. Kravica waterfalls are one of the most beautiful natural sites in the Herzegovinian region of Bosnia and Herzegovina.

The entire area is full of greenery with chaste trees, poplars, and figs all around. This is a perfect spot where you can enjoy untouched nature which is even protected by the government.

After arriving in Split or Trogir you will be dropped off at the same place where you were picked up in the morning.

You need to bring your passport.

Check the temperature in Mostar before the tour and dress accordingly.

We recommend wearing sportswear and comfortable walking shoes. Don’t forget your camera and your swimsuit if you plan on swimming in Kravica waterfalls.

We arrange hotel transfers in Split and Trogir.
Please let us know the name of your hotel during the booking process.

Cycling around the River Krka from Skradin

All activities in Dalmatia

22 people are watching this activity