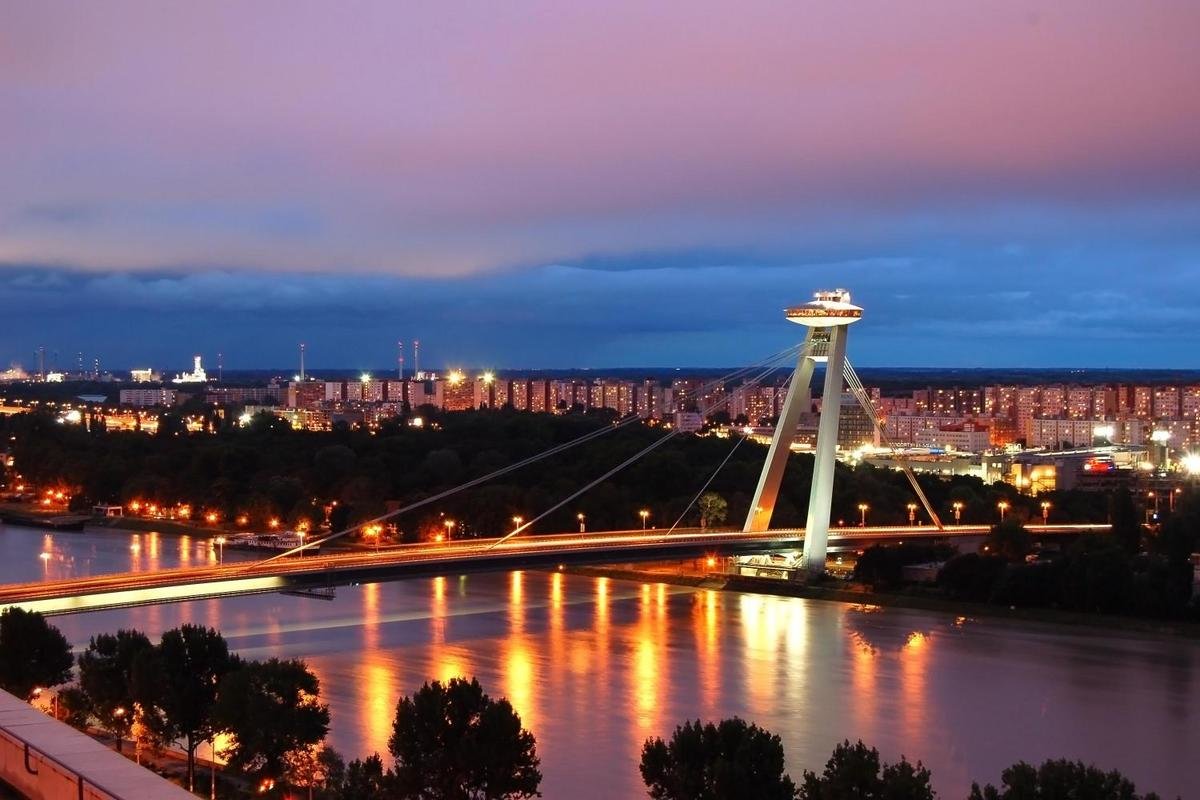 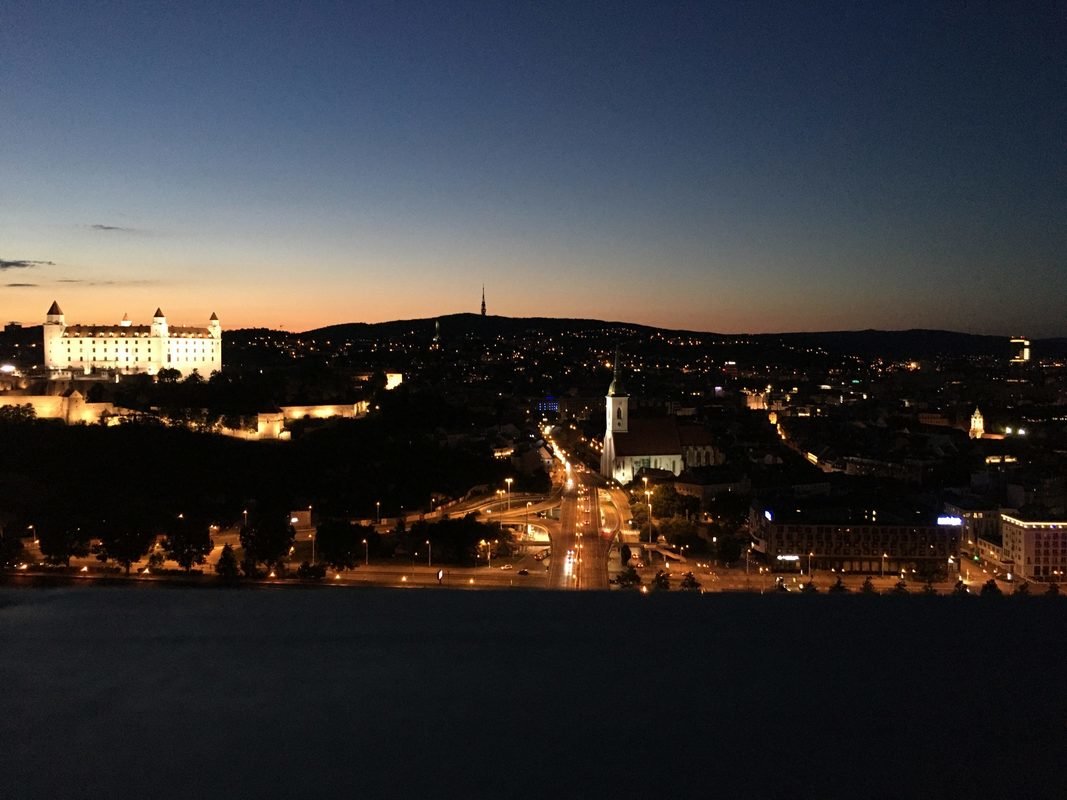 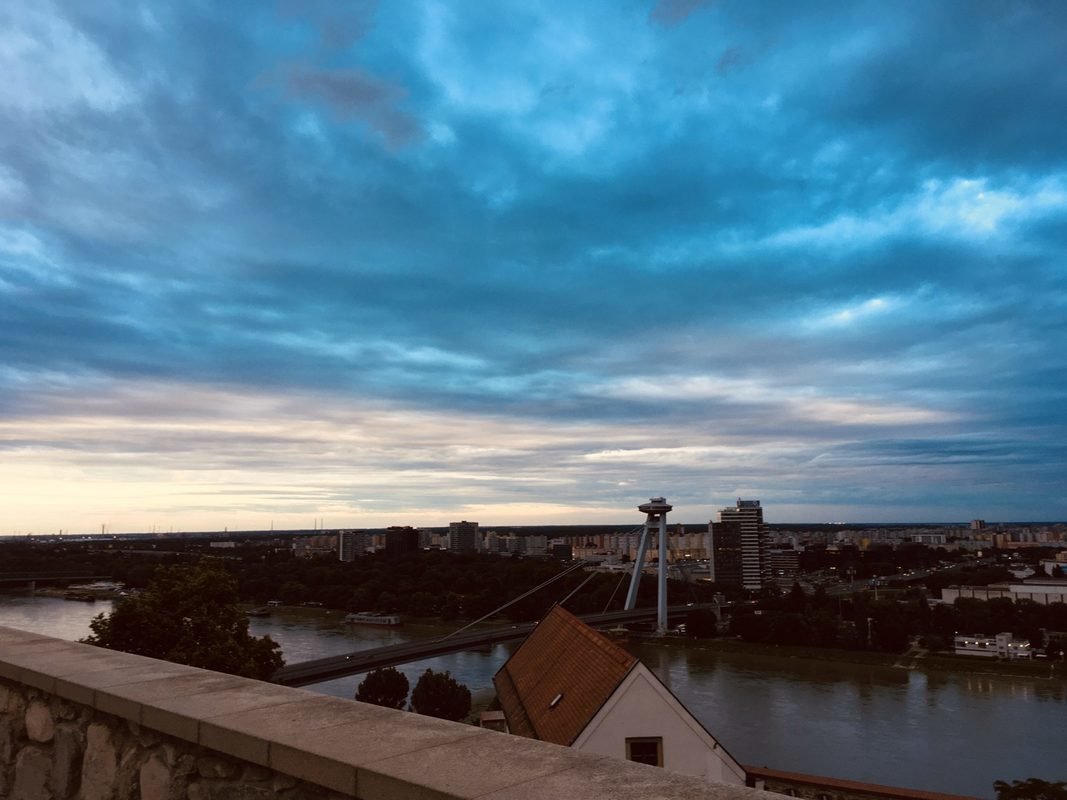 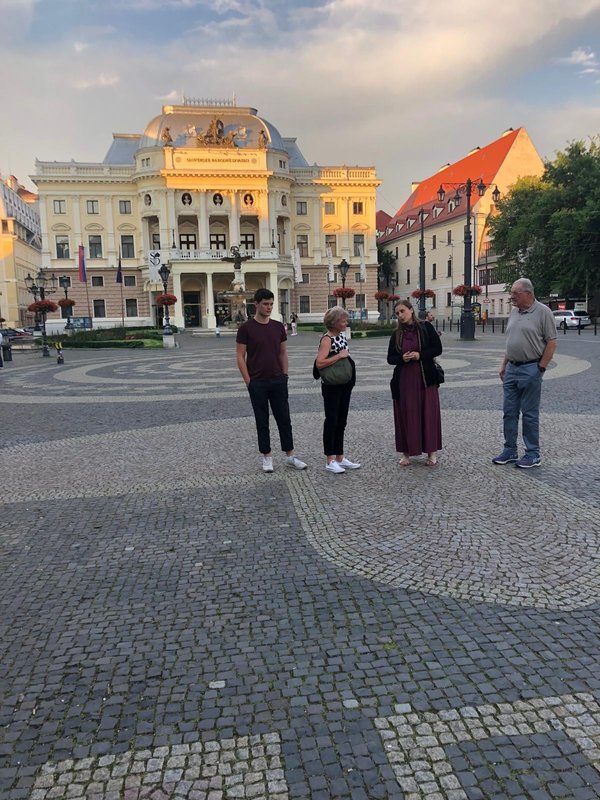 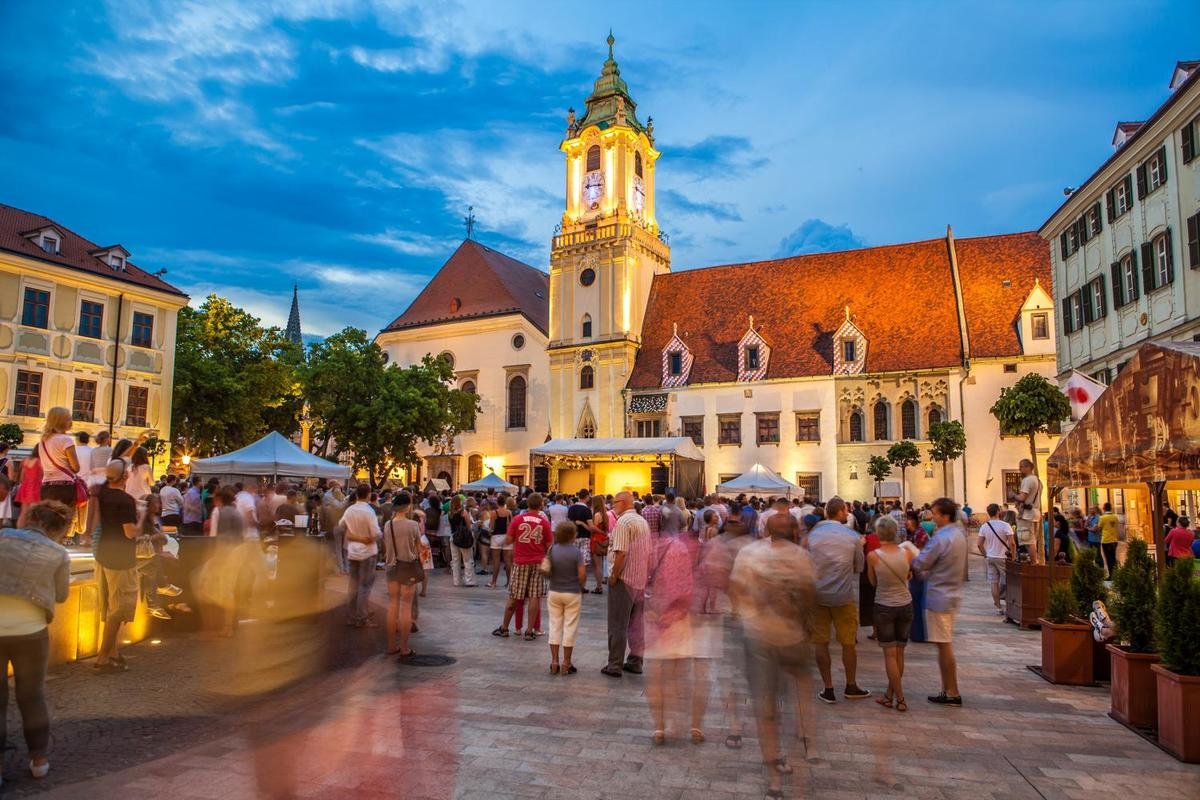 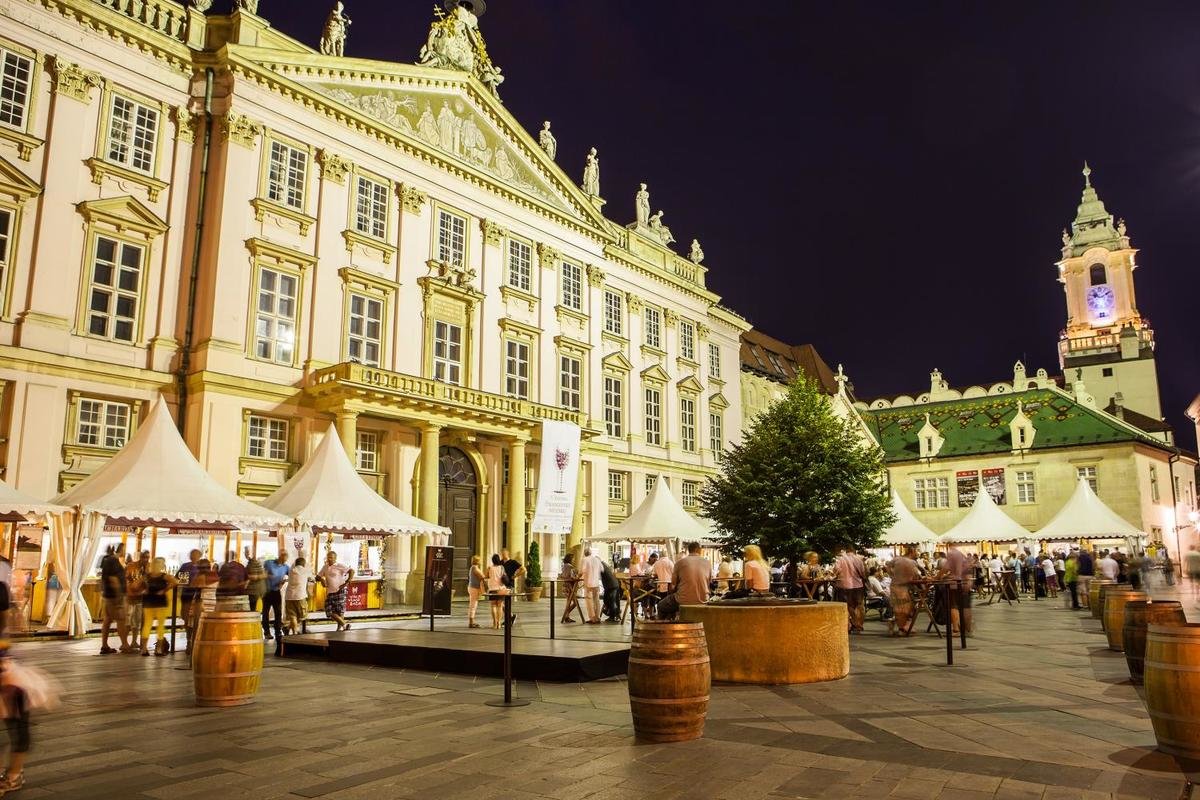 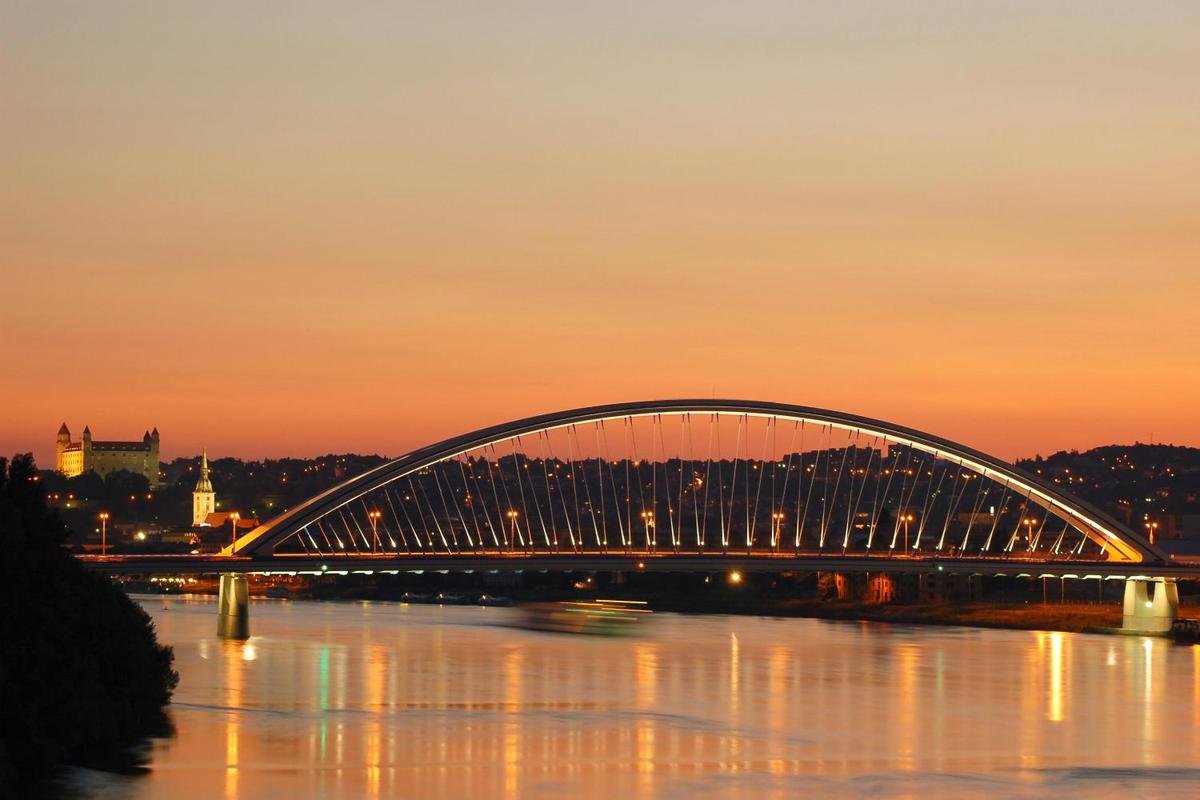 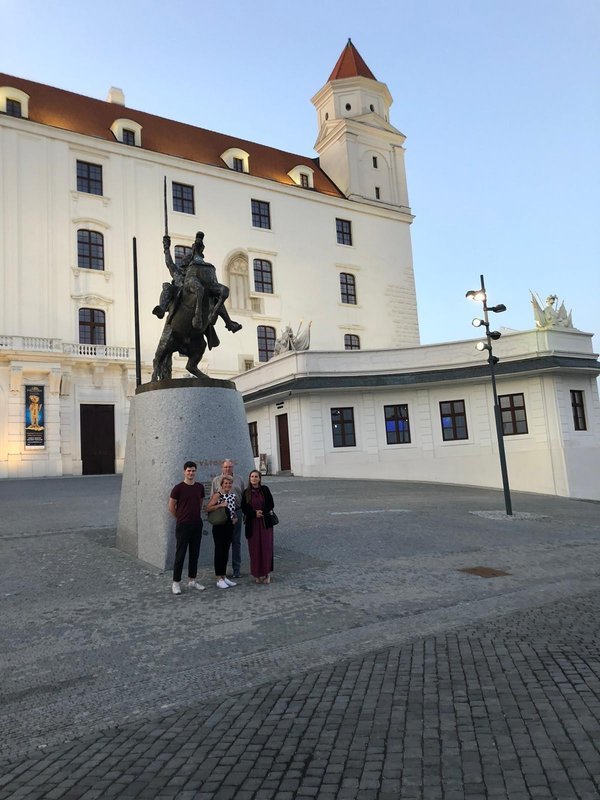 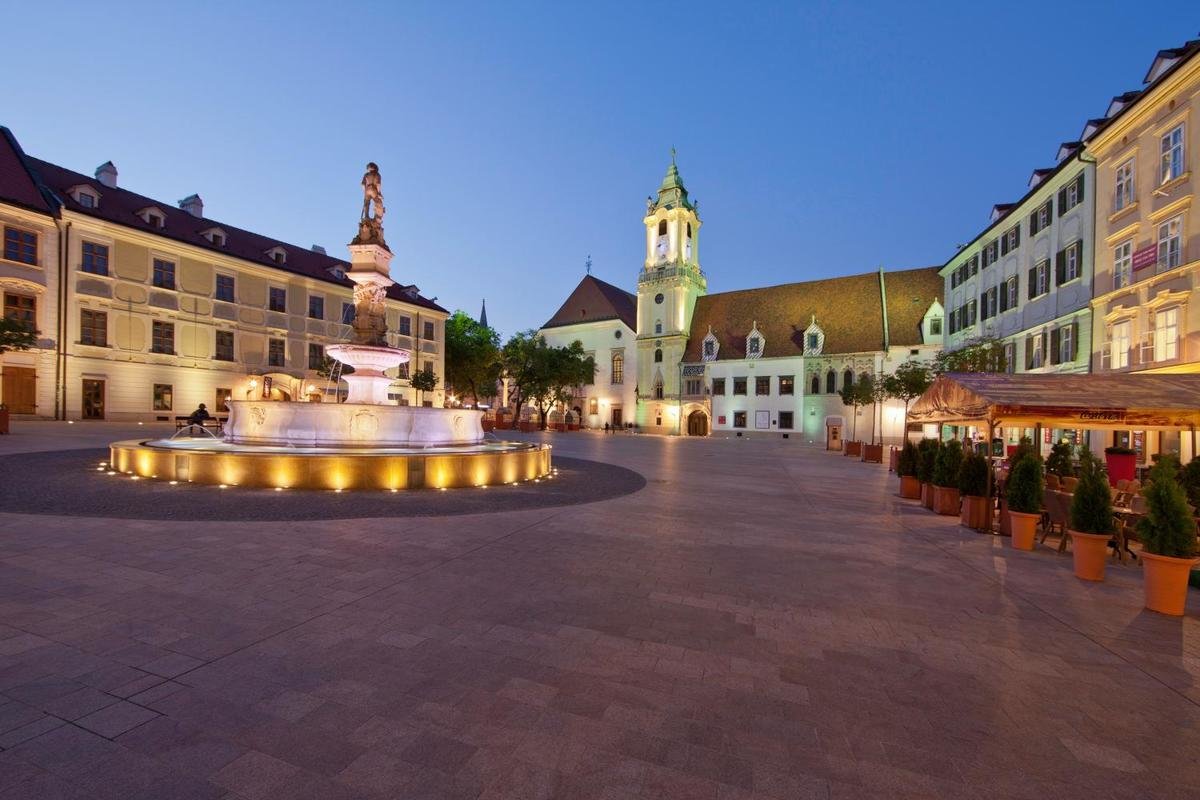 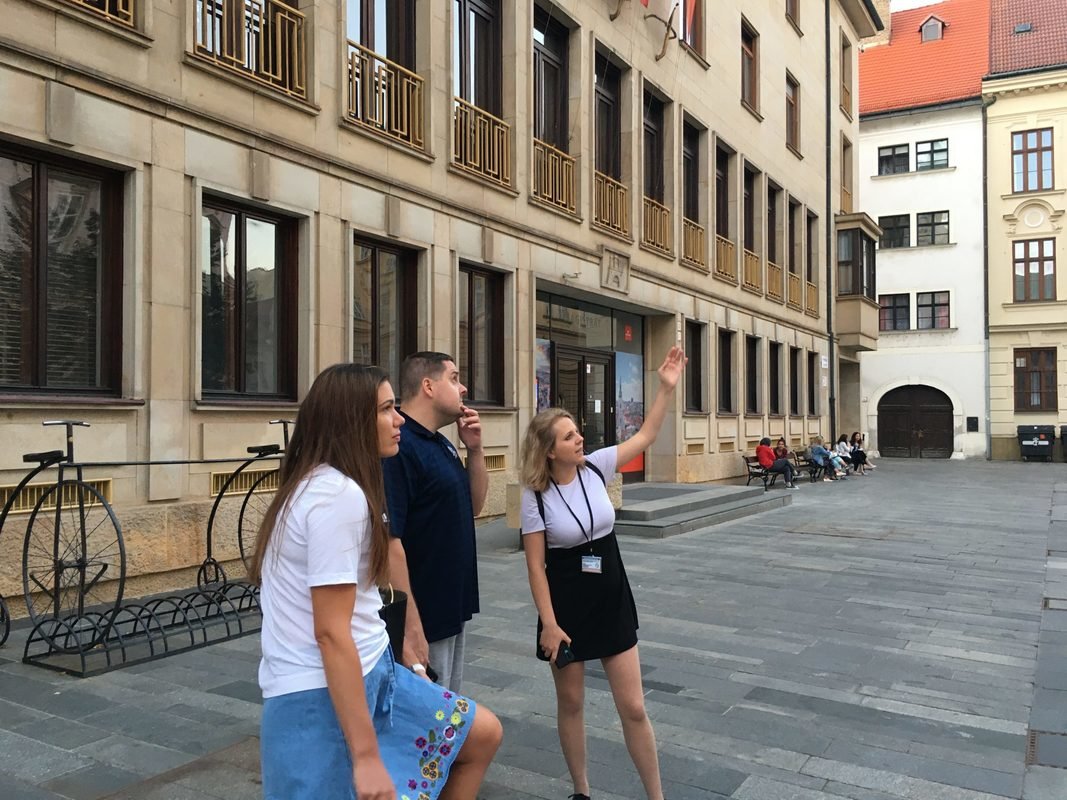 Explore the capital of Slovakia while it’s illuminated during this walking tour at dusk. Visit important landmarks including Bratislava Castle, the Old Town, and UFO observation deck.

We show you Bratislava by night in a way you've never seen before. Start your exploration by meeting your guide at 08:00 PM. Meeting point in front of Park Inn by Radisson Danube Hotel. Short introduction about Bratislava & Slovakia. Learn about the origins of one of the youngest capitals. Hear tales about the ancient history of Slovakia. Get to know old Slavs, the predecessor of modern Slovaks, who created the Great Moravia Empire. Go on the tale thru the times of the Hungarian Empire. Slovakia was part of the Hungarian, afterward Austro-Hungarian Empire for about 1000 years. Eventually, the tale ends in 1993 by creating independent Slovakia. But the story does not end at all. Since 2004 we are a proud member of the European Union. And from 2009 our currency is EURO.

Walk up to Bratislava Castle, a dominant feature of Bratislava. The castle stands at a strategic site above the Danube. The site was inhabited as far back as the Celtic & Great Moravia Empires. Always has played an important role in the history of Slovakia as well as Central Europe.

Bratislava Castle host in February 2005 a big event. At the castle had the summit between George W. Bush & Vladimir Putin. Bratislava was literally, the capital city of the world for a while.

From Bratislava Castle is a superb view of Old Town. You can also see the windmills in Austria. Continue walking down thru Bratislava’s Castle settlement. Arrival at Old Town. Discovering Slovak National Theater and Slovak Philharmonic Orchestra – Reduta. Traverse the majestic Danube River to enjoy a breathtaking view of Bratislava from the UFO observation deck. See Bratislava from the opposite side, as from the castle. Afterward soft drink at UFO bar. While sipping your soft drink savor 360-degree panorama — arguably the best view of Bratislava.

Racetaxi - enjoy a ride in Porsche 911 on Slovakia Ring

Racetaxi - enjoy a ride in Mustang GT on Slovakia Ring

All activities in Bratislava

38 people are watching this activity