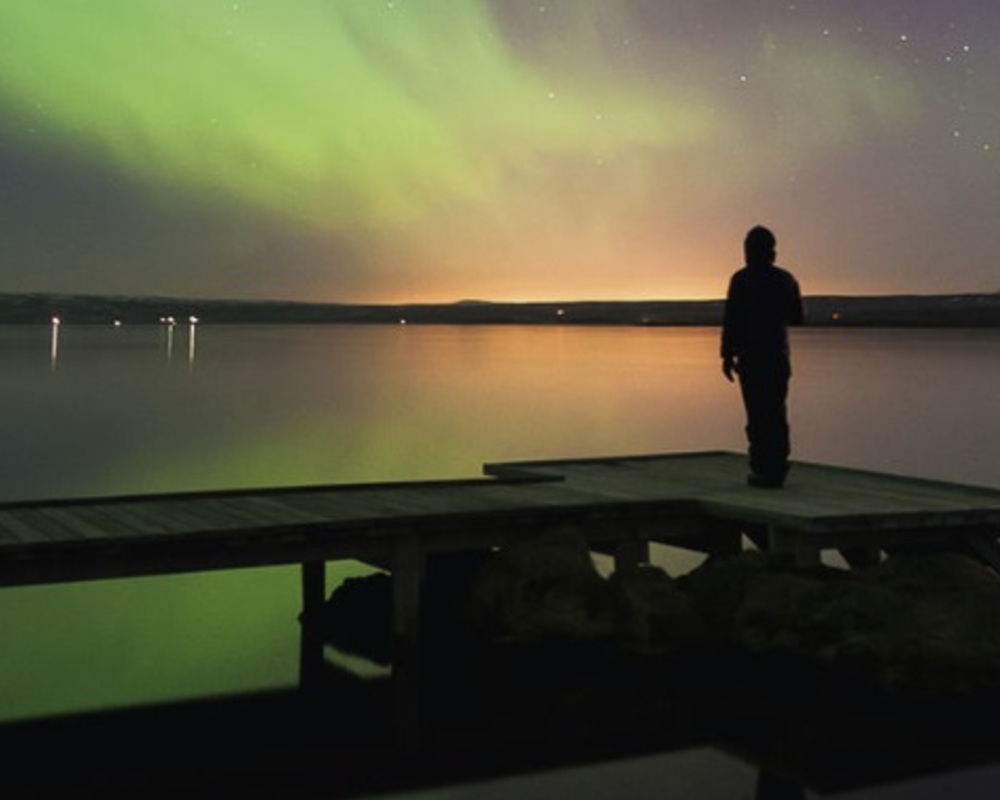 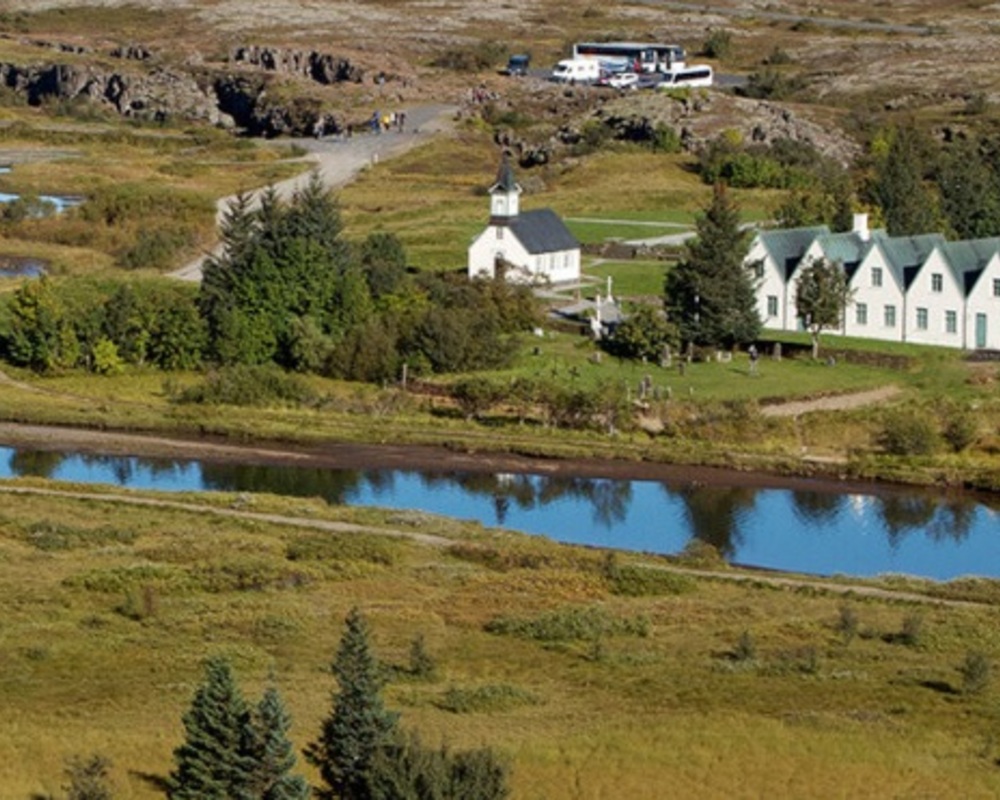 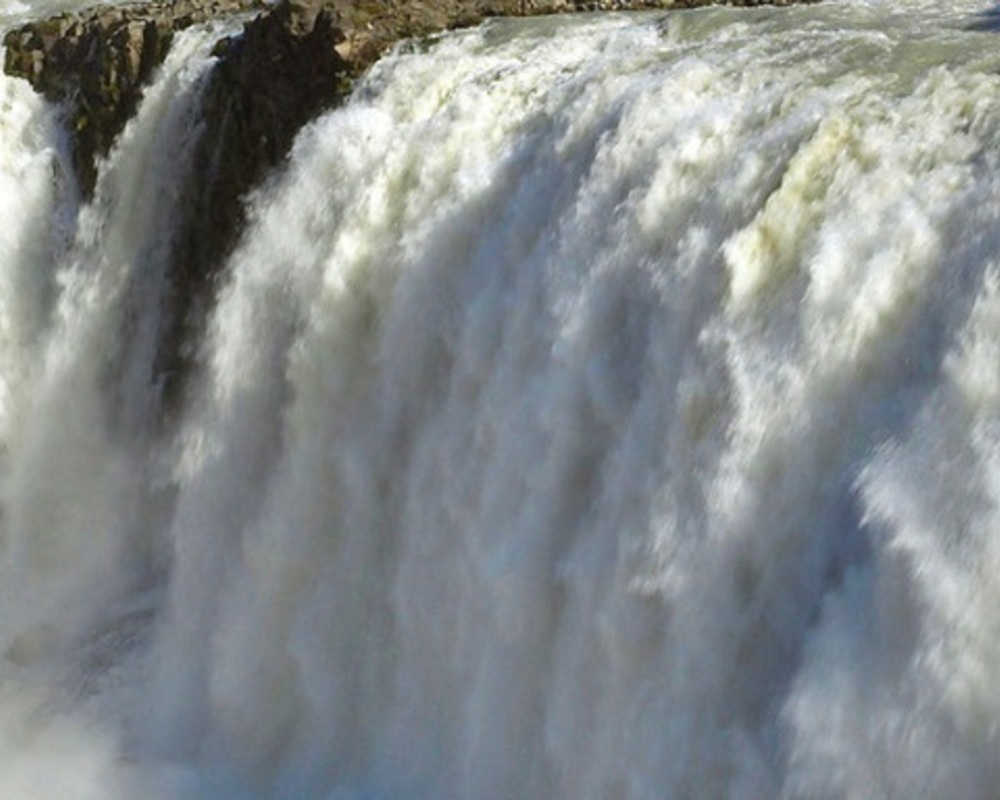 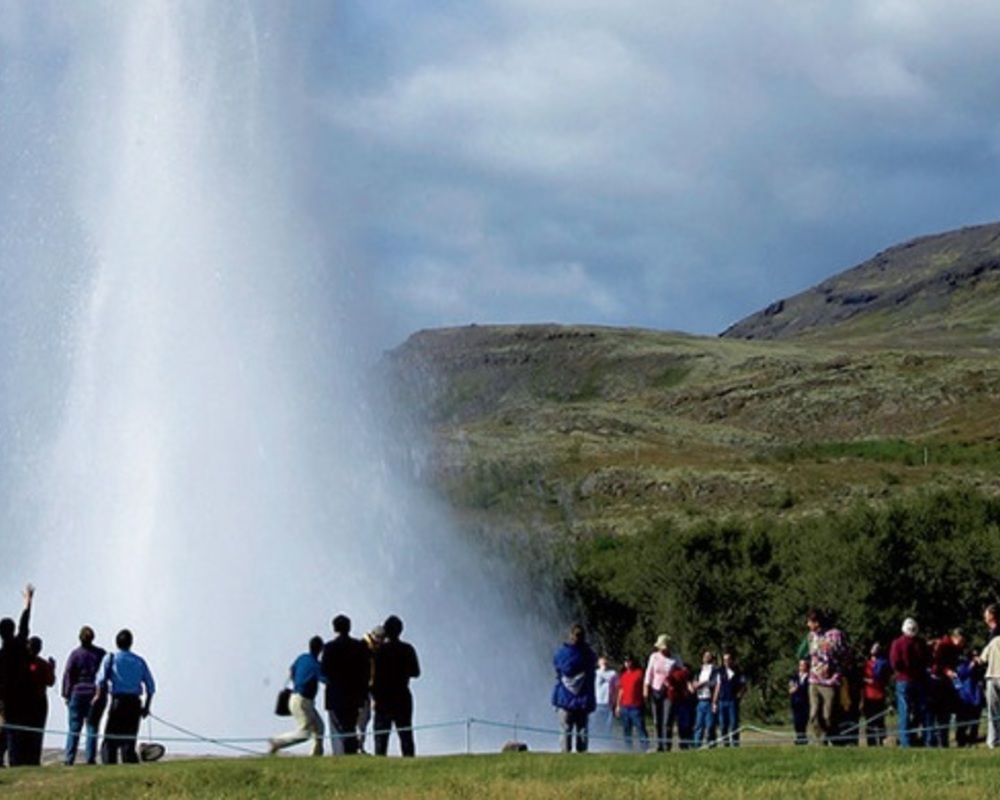 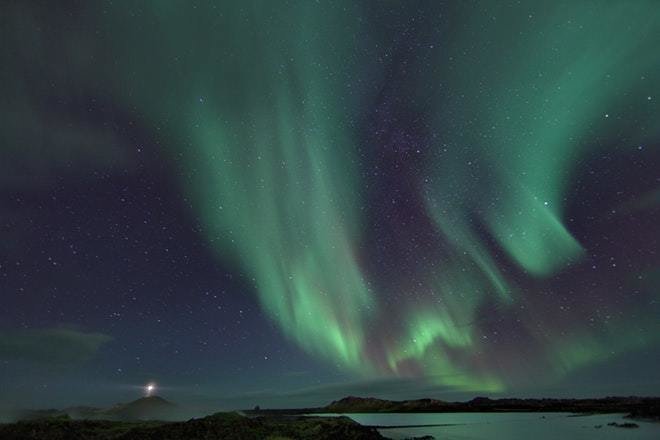 The Golden Circle and Northern Lights tour by bus from Reykjavík

Explore a few of Iceland‘s most famous landmarks on Golden Circle Direct as well as go on a search for the northern lights in one day. Begin the day at 12:30 with a Golden Circle tour, where you will visit Geysir geothermal area, Gullfoss waterfall and Þingvellir National Park.

Geysir is the place from which all other geysers in the world get their name. The famous Geysir does not often erupt anymore but the smaller, but very impressive, Strokkur erupts every 4-8 minutes and shoots a column of water up to 40 metres up in the air.

Gullfoss waterfall is a part of the glacial river Hvítá which gets its water from Langjökull glacier, the second largest glacier in Iceland. The step-waterfall is quite the sight, and from many viewpoints it looks like the waterfall falls straight into an abyss, but in reality, it falls into a crevice which is 32 metres deep.

The last stop of the day is at Þingvellir which is known for being one of the very few places in the world where you can see the North-American and Eurasian tectonic plates above ground (other places are all in Iceland). The park is a UNESCO world heritage site.

You will arrive back in Reykjavík around 18:30. You will have a few hours to spend before you join our Northern Lights tour.

The three-hour long Northern Lights tour will take you out of the city for the best possible view of the lights. The northern lights, also known as aurora borealis, are caused by the interaction of particles from the sun with the upper atmosphere near the North Pole.

The locations visited during the Northern Lights tour vary from day to day depending on weather conditions. Because this tour is weather dependent, sightings are not guaranteed. However, if you do not see any northern lights during this tour, you are welcome to join the tour again, free of charge. Indicated return times may vary if the activity is good.

This tour depends on weather and sightings are not guaranteed.

We recommend wearing warm clothes and good hiking shoes, a hat and gloves.

All activities in Reykjavik

30 people are watching this activity